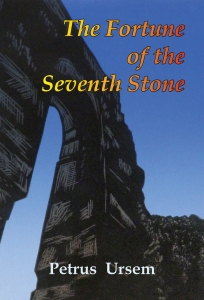 Shortlisted for the 2017 Holyer an Gof awards!

The Fortune of the Seventh Stone

Part I of the Steven Honest Trilogy

‘This wooden box has been in the care of this business for more than a century.’ The solicitor pauses and looks at him for a long time. Then he holds up the silver object and says: ‘I believe this is the key to open it.’
He pushes the silver pin into a small opening in the front of the box and turns it. They hear a soft click. The lid pops open.

Thirteen year old Steven Honest is bullied by two boys from his class. They chase him into the churchyard and push him hard. His head is bashed against a gravestone and he passes out.

When, later, he returns to the scene of his assault he finds that the words on the stone are telling him something …

In ‘The Fortune of the Seventh Stone’, the first book in the Steven Honest trilogy, Steven is challenged to follow the mysterious trail set out by a mine captain more than a century ago. Along the way he discovers friendship and the power of words.

“An amazing book, beautifully written. The treasure hunt cleverly links all the different places and events together. At points, it seems that all is lost and it feels like you have just been punched in the stomach, but it keeps you wanting to read more, right up to the end of the book.”
Enid Kirk, 11 yrs.

Order your copy of ‘The Fortune’ in the bookshop.

Shortlisted for the 2019 Holyer an Gof awards!

As he turns the corner along the hedge, less than fifty steps from where he crawled out of the air shaft, he sees the caravan, half covered in brambles. A woman sits on a wooden crate in the grass, cooking something on a camping stove. She turns her face towards him.
‘Well, good evening,’ she says. ‘If I’m not mistaken, you are Steven Honest.’

The Truth Teller is the second book in the Steven Honest trilogy. It continues Steven’s adventures in a world of mystery and danger, where not everyone can be trusted to act in the best interest of mankind.

More than a century ago a mysterious mine captain chose to pass on his treasured possession to Steven. He must now avoid it falling into the wrong hands…

“A cracking good read!”
“A brilliant second installment. What began as an exciting treasure hunt has developed into an even more deeply enthralling story, which deals with subjects other children’s authors often shy away from.”
“A masterfully written story full of excitement and surprises with an outcome you will not predict!”

Order your copy of ‘The Truth Teller’ in the bookshop. 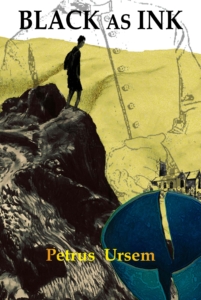 ‘Black as Ink’ is the third and final instalment in the Steven Honest trilogy. Following the disastrous events in ‘The Truth Teller’, Steven finds himself entangled in a web of mystery and illusion. Messages from the past cast long shadows over the present.

Despite his doubts and setbacks Steven keeps searching for the meaning of his strange inheritance from mine captain Thomas Carpenter. Treading in his father’s footsteps, he faces his most dangerous opponent in a remote location on Dartmoor, as he closes in on the ultimate words of truth.

A man in a white coat appears. ‘That’s you,’ he says, with a nod of his head. ‘You’d better take a close look. You may not get another chance.’
Only now does Steven realise that the maze is his brain. He recognises Mr Azraq. The letters of his name leap off his name badge. Or is it Naseer? Jonathan Naseer? More letters appear. They blur his vision and the colours keep changing too. Naseer’s coat is turning to red, then to purple, then to black, and suddenly the colours are blasted apart. The two halves of his brain have snapped and start tumbling, falling, faster and faster, catapulting downwards as two charred lumps, two glowing coals, disappearing into a dark space, into a universe as black as ink.

Order your copy of ‘Black as Ink’ in the bookshop.