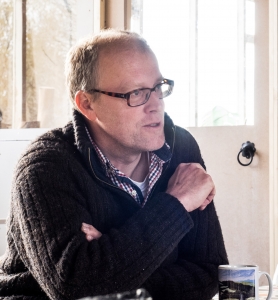 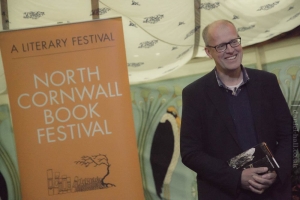 Petrus Ursem was born in The Netherlands, the youngest son in a family of nine children. From his father he learned to play with words and turn them inside out. His mother taught him to listen and observe.

Petrus studied literature at the University of Utrecht, then worked as a writer in the world of education whilst studying fine art in The Hague. When he moved to England his creative work as a painter and printmaker took flight. You can see his work as a visual artist on www.peterursem.co.uk

His move to Cornwall in 2011 rekindled his  desire to write children’s novels. Encouraged by the positive feedback on his first novel for young adults, ‘The Fortune of the Seventh Stone’, it proved impossible to put the writing spirit back into the bottle…

Petrus lives in the Tamar Valley, enjoying fabulous views over this magic landscape that forms the backdrop for the Steven Honest trilogy.